This guide focuses on the causes and aftermath of the financial crisis in the United States (2007-present) from a societal perspective, rather than from any one discipline. Basic information on the global aspects of the crisis is also included.

Good Overview of the Meltdown

Welcome to the J. Willard Marriott Library subject guide for the Financial Meltdown. This guide focuses on the causes and aftermath of the financial crisis in the United States (2007-present) from a societal perspective rather than from any one discipline. Basic information on the global aspects of the crisis is also included. Use the tabs above to link to the several pages of this guide.

Following this introductory page are five pages covering various aspects of the financial meltdown. The next four pages provide information in a range of formats.

If you have questions about this guide or about library research, contact the FCS librarian or use the Marriott Library e-mail reference service form on the Email Help page.

Brief Summary of the Meltdown

While the vulnerabilities that created the potential for crisis were years in the making, it was the collapse of the housing bubble—fueled by low interest rates, easy and available credit, scant regulation, and toxic mortgages— that was the spark that ignited a string of events, which led to a full-blown crisis in the fall of 2008. Trillions of dollars in risky mortgages had become embedded throughout the financial system, as mortgage-related securities were packaged, repackaged, and sold to investors around the world. When the bubble burst, hundreds of billions of dollars in losses in mortgages and mortgage-related securities shook markets as well as financial institutions that had significant exposures to those mortgages and had borrowed heavily against them. This happened not just in the United States but around the world. The losses were magnified by derivatives such as synthetic securities.

The crisis reached seismic proportions in September 2008 with the failure of Lehman Brothers and the impending collapse of the insurance giant American International Group (AIG). Panic fanned by a lack of transparency of the balance sheets of major financial institutions, coupled with a tangle of interconnections among institutions perceived to be “too big to fail,” caused the credit markets to seize up. Trading ground to a halt. The stock market plummeted. The economy plunged into a deep recession.

--From the Conclusions of the Final Report of the National Commission on the Causes of the Financial and Economic Crisis in the United States, p. xvi:

Many thanks to Louise Klusek at Newman Library, Baruch College and Christine Fletcher at Michell Memorial Library, Mississippi State University for their generous consent for me to use ideas and content from their libguides listed below. 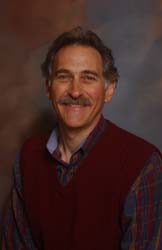 Rob Mayer is a Professor in the Department of Family and Consumer Studies. In 2010, he taught Honors 4474-3/U.S. Financial Meltdown. This guide is a revision of the guide developed for that course.