Streaming at the Marriott Library

Streaming video is an important part of teaching at the University, and the Marriott Library devotes resources in support of curriculum.

The streaming databases are found under the Articles Databases tab on the library front page (http://www.lib.utah.edu)  You can then select "Videos" from the pull down menu "Select Database by Type"   This will give you a list of the video databases. 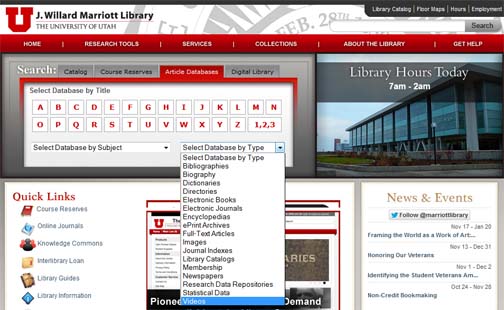 The library also streams it's own collection materials and filmed events (http://stream.lib.utah.edu/index.php?c=browse&m=videos) Some of the items are open to anyone, others you must be a student, faculty or staff member and login with your UNID  to view. 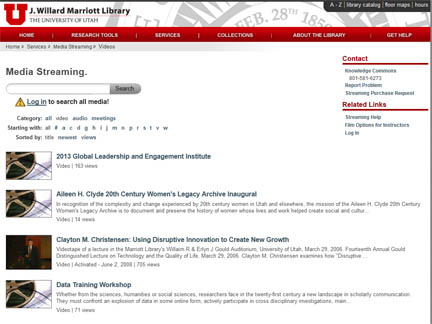 Questions can be directed to Joni Clayton (joni.clayton@utah.edu)

Streaming Databases at the Marriott Library

Films on Demand (Films for the Humanities and Sciences)
This database provides access to a large collection of educational films which can be streamed online. Some of the publishers whose films appear in this database are ABC News, American Experience, TED, BBC Films, Frontline, NOVA, PBS, Films for the Humanities and Sciences, Ken Burns, The Open University, and California Newsreel, among others. Films may be viewed individually or used by faculty as instructional material for courses.

American History in Video
The collection allows students and researchers to analyze historical events - and their presentation over time - through commercial and governmental newsreels, archival footage, public affairs footage, and important documentaries. The database organizes the video by historical era as well as relevance to important historical people and events, providing the videos with historical context. New content is added periodically.

Ethnographic Video Online (v.1)
Ethnographic Video Online provides access to a collection of resources for the study of human culture and behavior featuring over 1,000 films for more than 750 hours of video. The collection covers many regions of the world and features the work of a variety of influential documentary filmmakers of the 20th century, including interviews, previously unreleased raw footage, field notes, study guides, and more.

Theatre on Video
Theatre on Video provides access to streaming videos of over 360 performances of the world's plays and film documentaries as well as a collection of filmed interviews with playwrights, actors, and directors, totaling nearly 500 hours of content.

Medici TV
Medici.tv is an online catalog made up of over 1,200 classical music programs from a variety of artists and composers. The database also partners with orchestras and concert halls around the world in order to broadcast live musical events.

University of Utah Multimedia Archives: Audio/Visual Exhibits
Videos that pertain to Utah and the University.

University of Utah's Digital Collections
Collections range from local interest to international in scope. Collections are listed in alphabetical order. 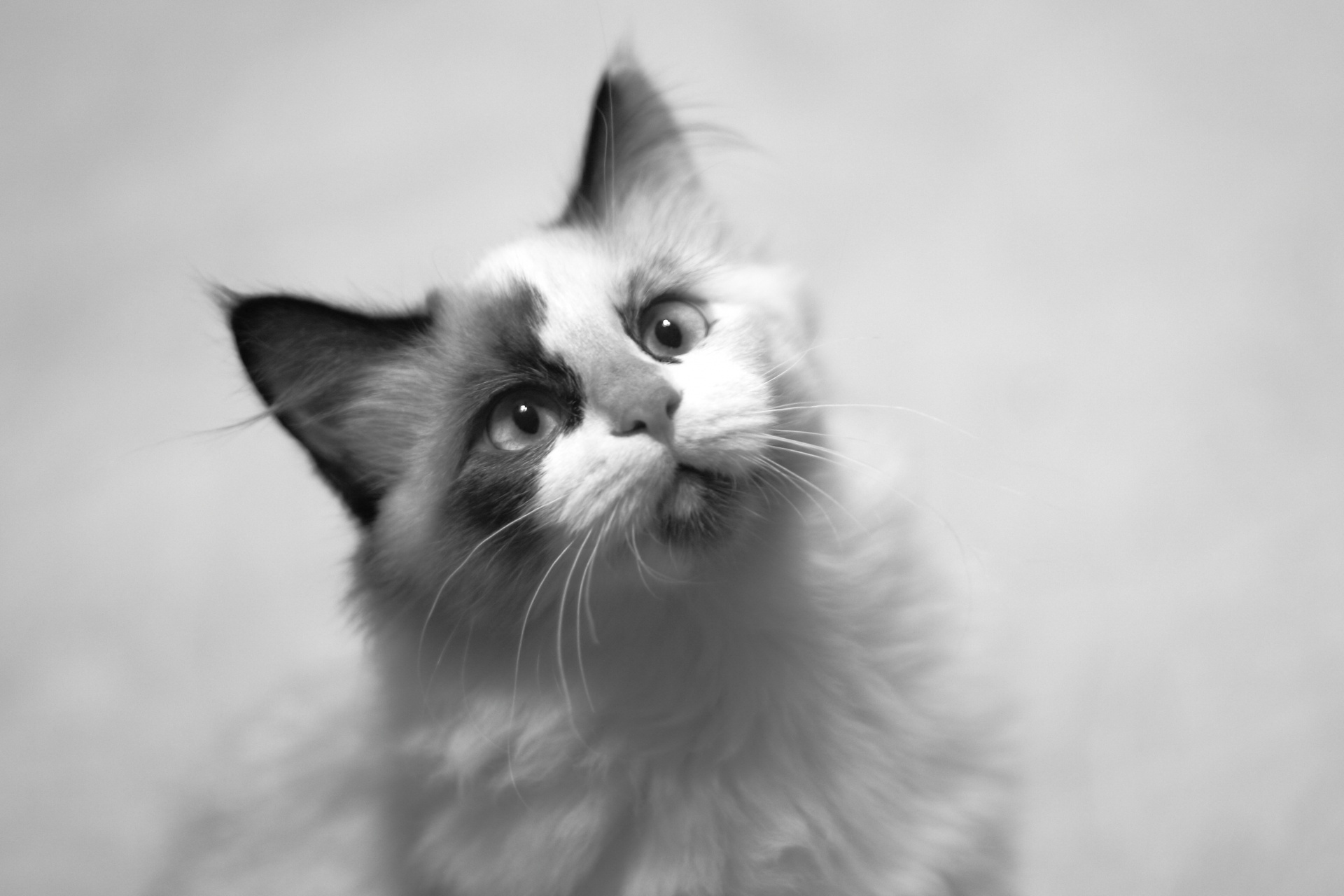