1. The dependent variable is continuous or ordinal.

2. The independent variable is an unrelated group but from the same population.

null hypothesis: The distributions (shape) of the two groups are equal.

reject hypothesis: The distributions (shape) of the two groups are not equal.

(If two groups have similar shapes, we can test the medians equilibrium)

null hypothesis: The medians of the two groups are equal.

reject hypothesis: The medians of the two groups are not equal.

To perform a Mann-Whitney U test, click "Analyze"→"Nonparametric Tests "→"Independent Samples"→"Scan Data" and the following dialogue box will appear 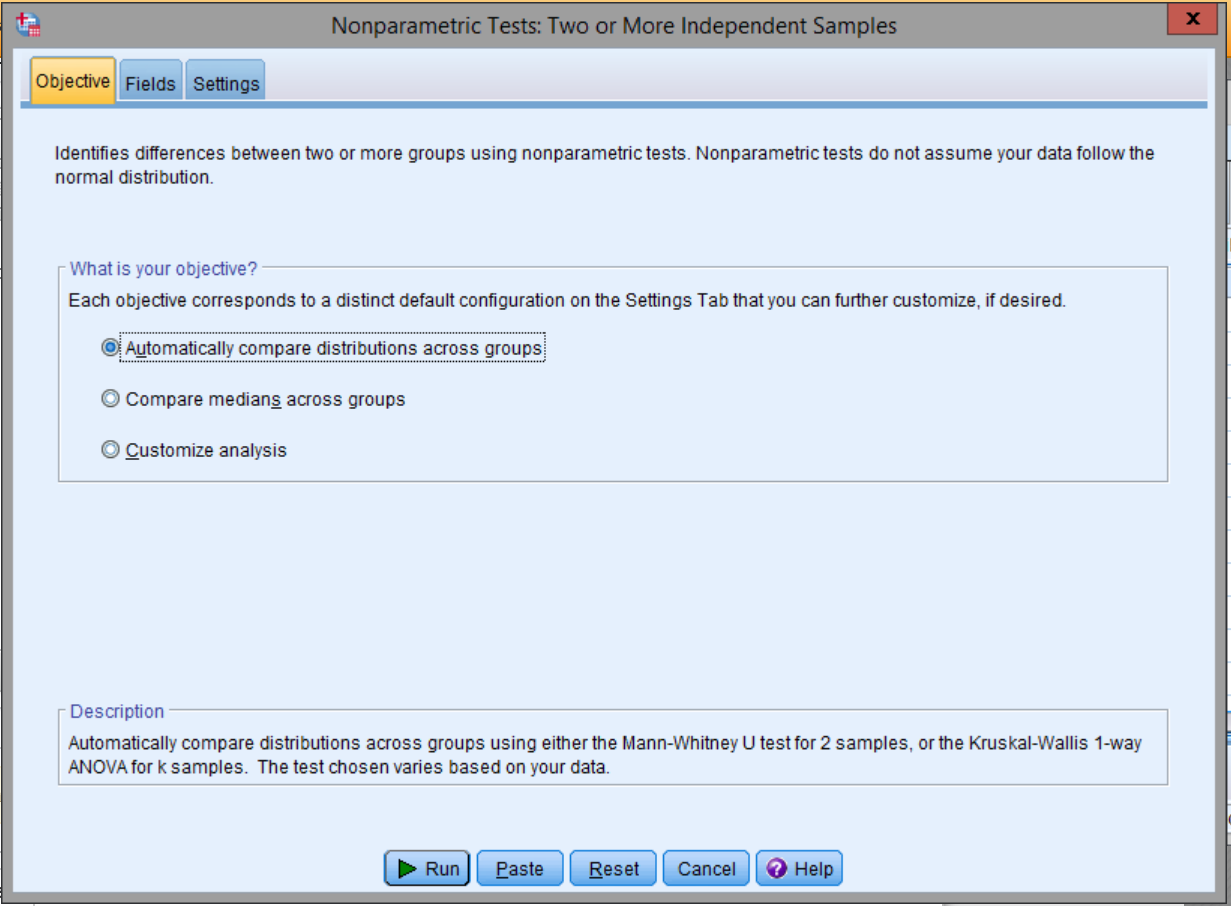 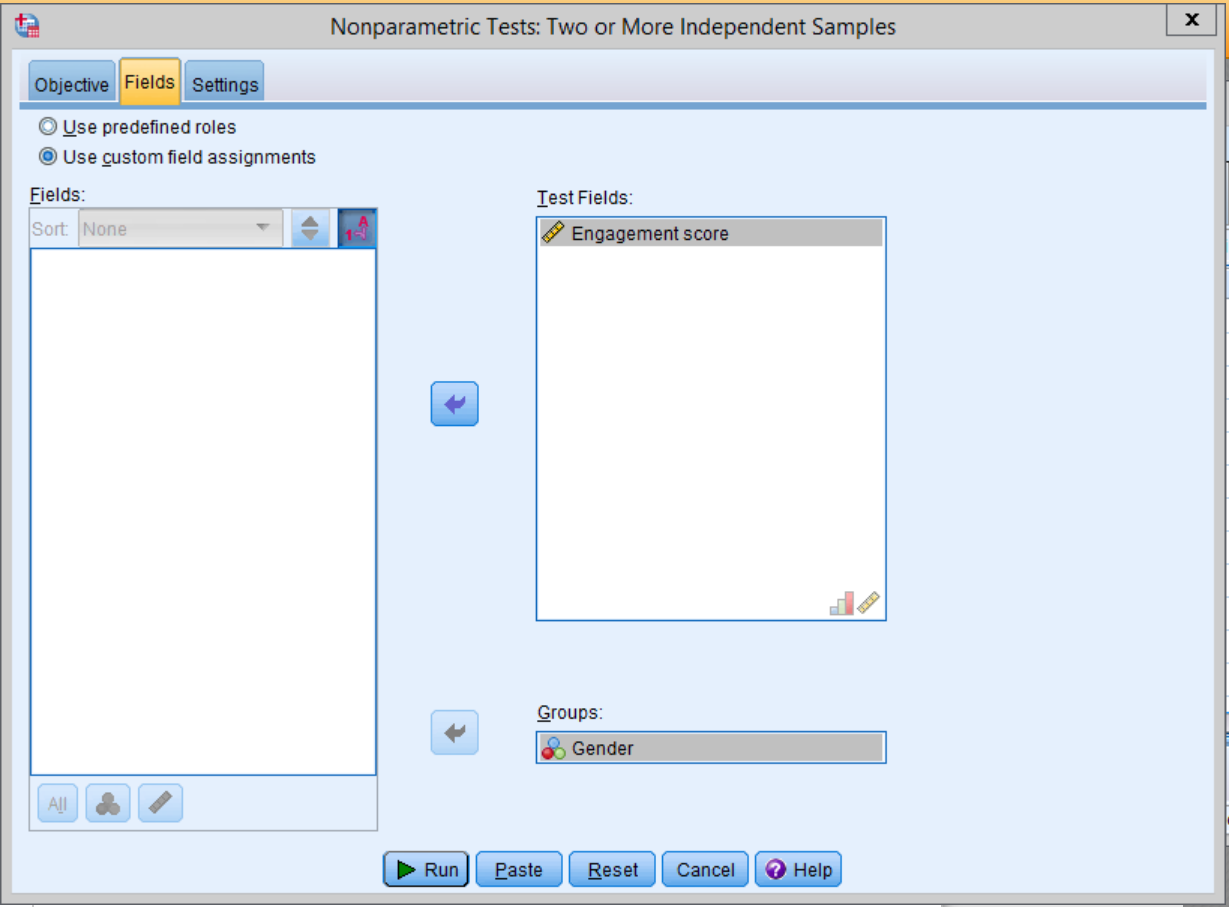 Then, get the median values would help you interpret the result. To analyze the median, click "Analyze" → "Compare Means" → "Means", put "Engagement score" into "Dependent List", and put "Gender" into "Independent List", a dialogue box will be shown below: 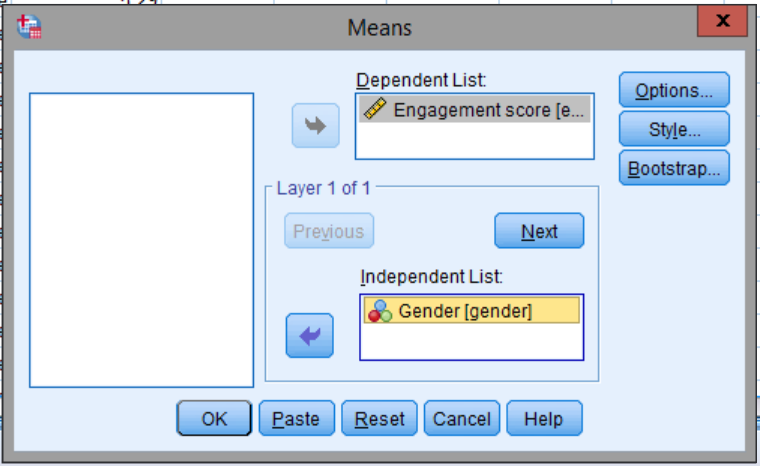 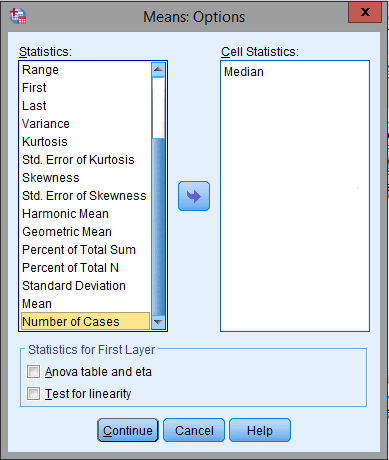 A median statistics summary will be shown below: 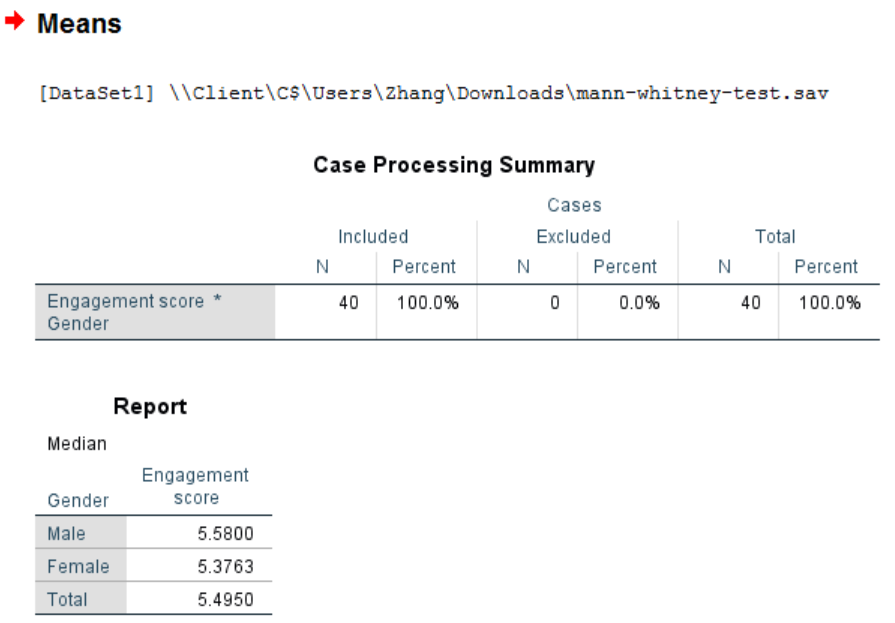 After running the Mann-Whitney U test, a result summary table will be listed in "Output" window:

Double click the above table, a "Model Viewer" will be shown below: 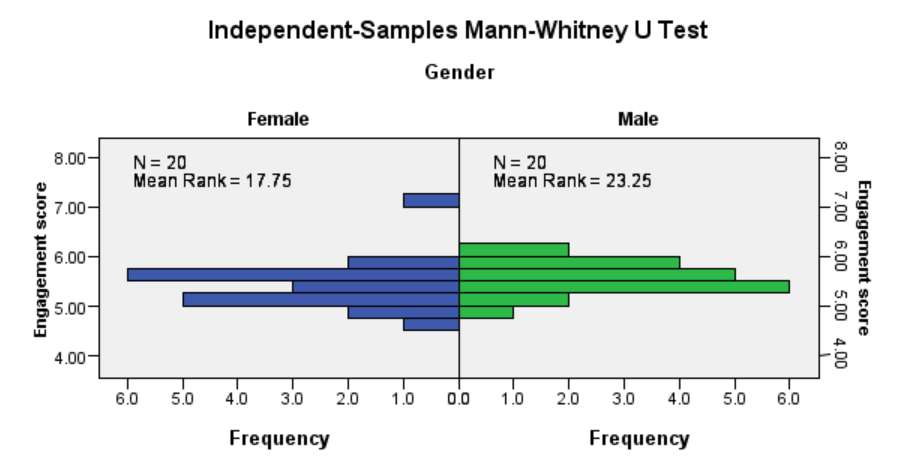 From this graph, it is clear to indicate that the distributions (shapes) for the two groups are similar. 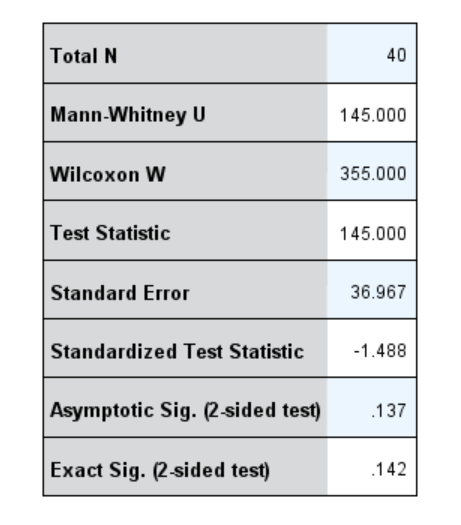 For this case, the "Exact Sig. (2-sided test)" is 0.142, which is the p-value indicates whether the hypothesis should be rejected or not rejected. From the Hypothesis Test Summary table, it displays the decisions: retain the null hypothesis since the p-value is greater than 0.05. Here, since two groups have similar distributions, it could be demonstrated that the median engagement scores were not statistically significantly different.

When two groups of distributions are similar:

When two groups of distributions are not similar: