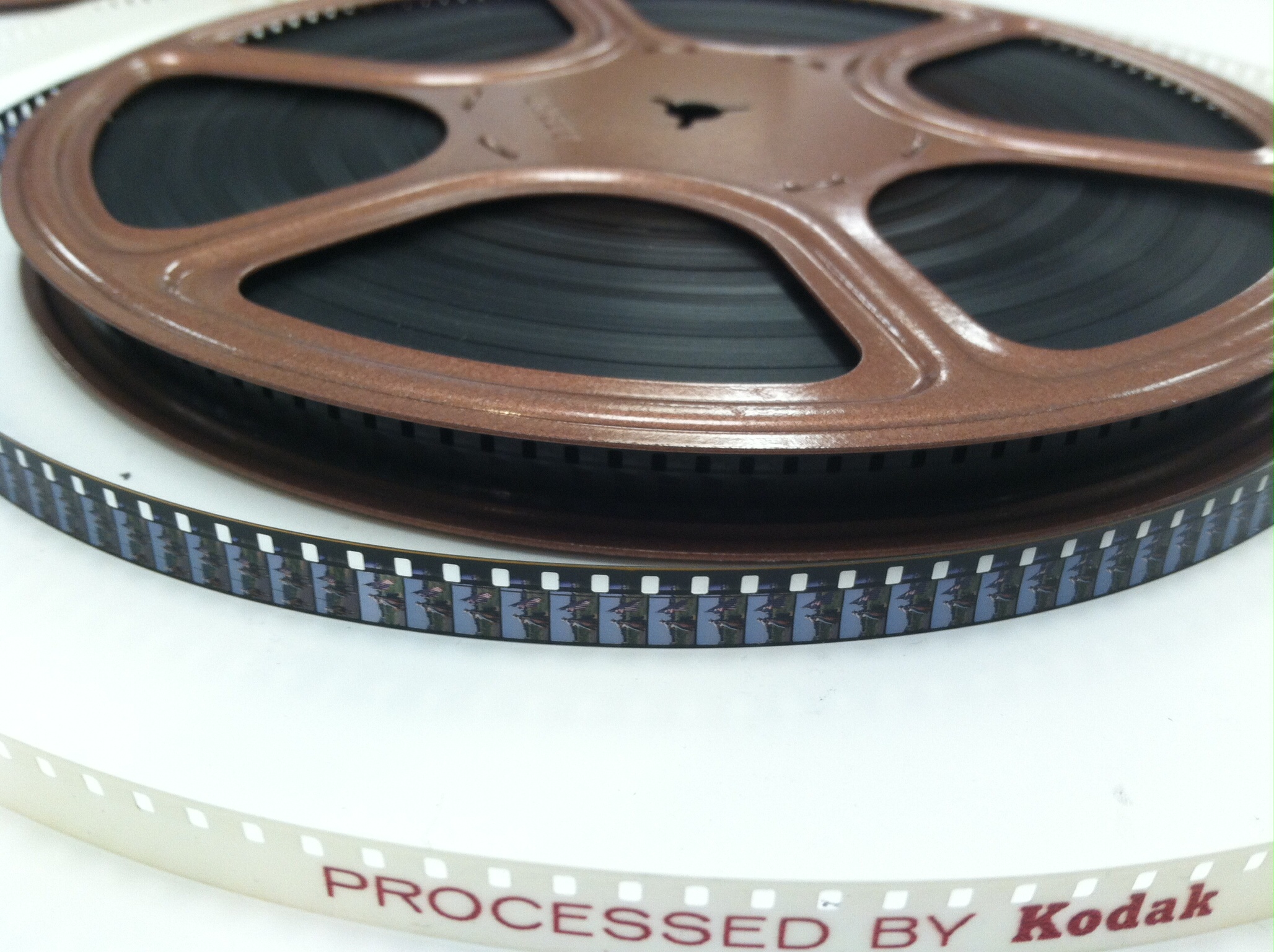 Half the resolution of 16mm film, but at least as nice as current SD video.

Frequently used for home movies. Introduced by Eastman Kodak in 1932. 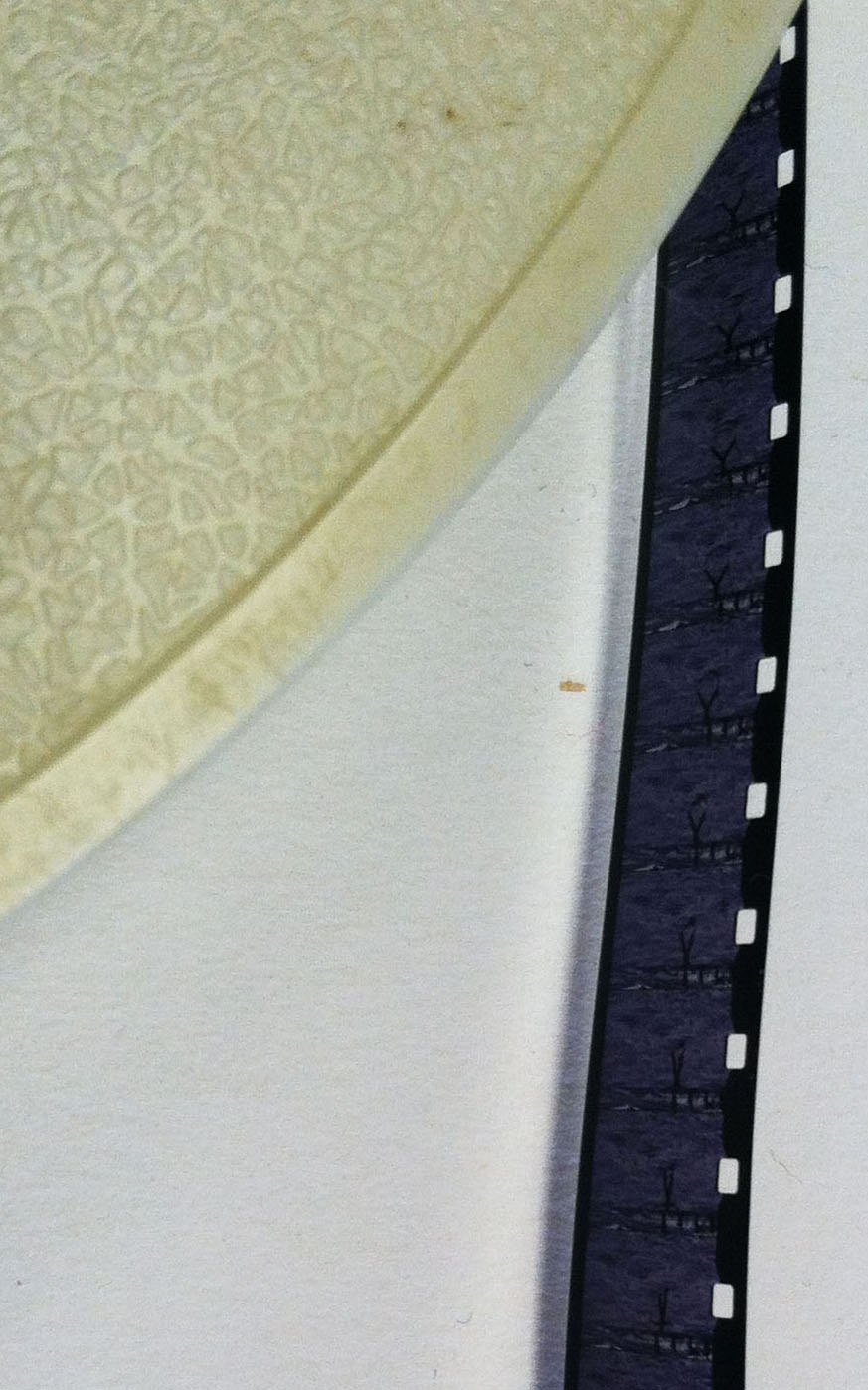 Introduced in 1965, Super 8 film has a slightly wider frame than regular 8mm film; the size of the sprocket holes was reduced, allowing for a bigger picture to be captured by the camera. 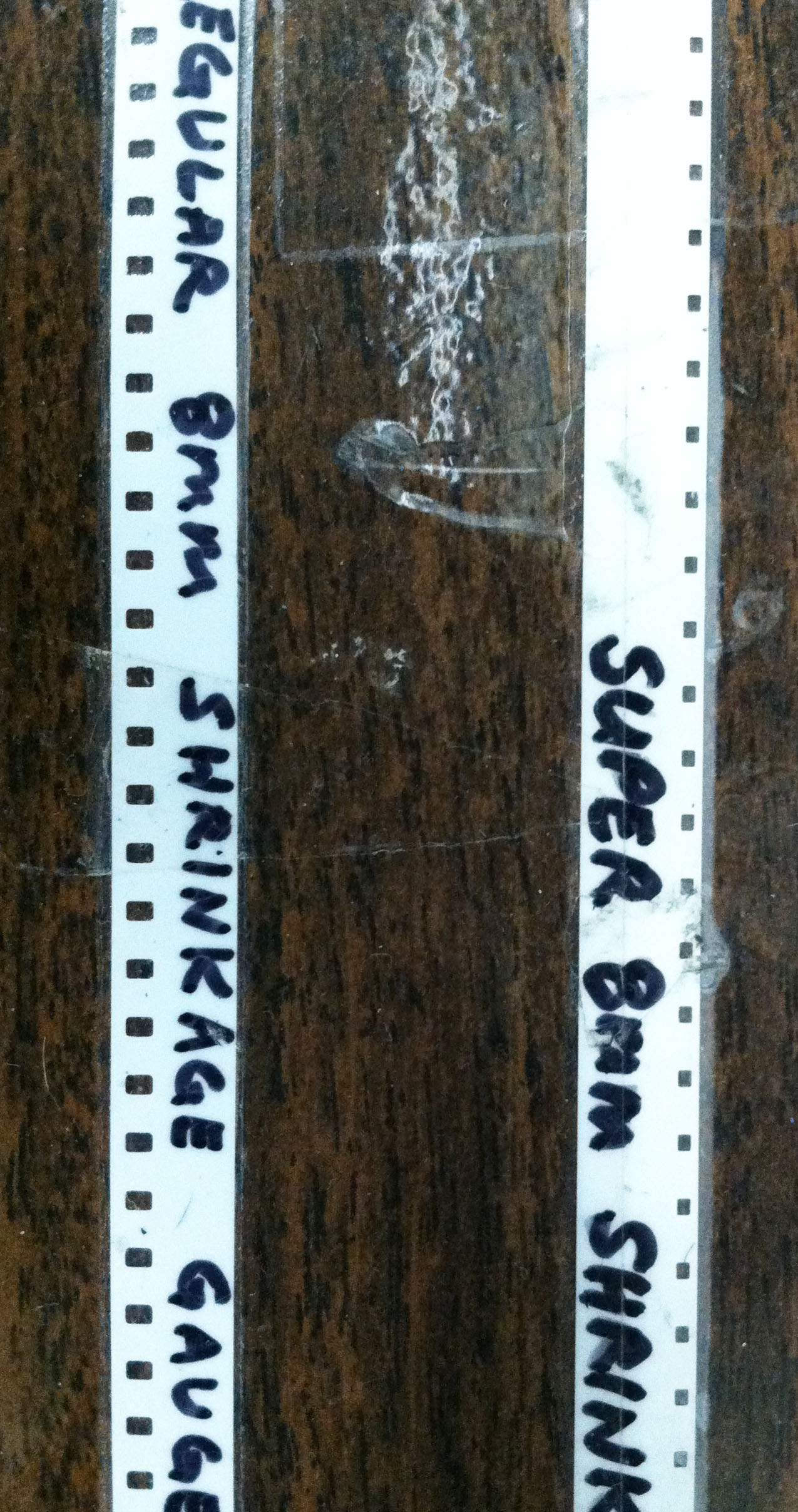 In the archives, we use this gauge to determine if films have any shrinkage, but it is also useful for demonstrating the difference in sprocket hole size between 8mm and Super 8 film. Super 8 is on the right.

After the development of a flexible film stock in the late 1880's, Thomas Edison was quick to develop a system for running the flexible film in a loop that led to today's motion pictures, which are for the most part now captured digitally.

35mm film (the number refers to the width of the film) was standardized in 1909. Although it is high quality, the high cost of 35mm film kept it out of popular markets and restricted it to commercially produced cinematic ventures. 35mm is pictured in the diagram below; the Multimedia Archives contains very little 35mm film because it is a commercial film stock.

8mm, Super 8, and 16mm film were developed later and were widely used by amateur and home movie makers as a more cost effective and lightweight alternatives to expensive (and heavy) 35mm film and camera. 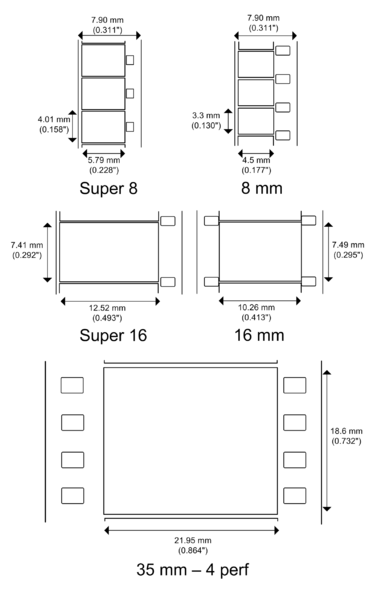 This image was released into the public domain by its author, Max Smith. This link provides more information about this image. 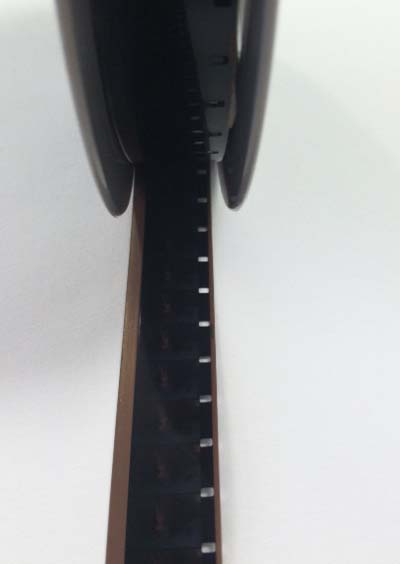 Half the resolution of 35mm film, but still as high quality as most current HD video.  Often used for amateur/independent films, promotional films, educational films, home movies, etc. Many come with soundtracks, and soundtracks may be either optical or magnetic. Introduced by Eastman Kodak in 1923. 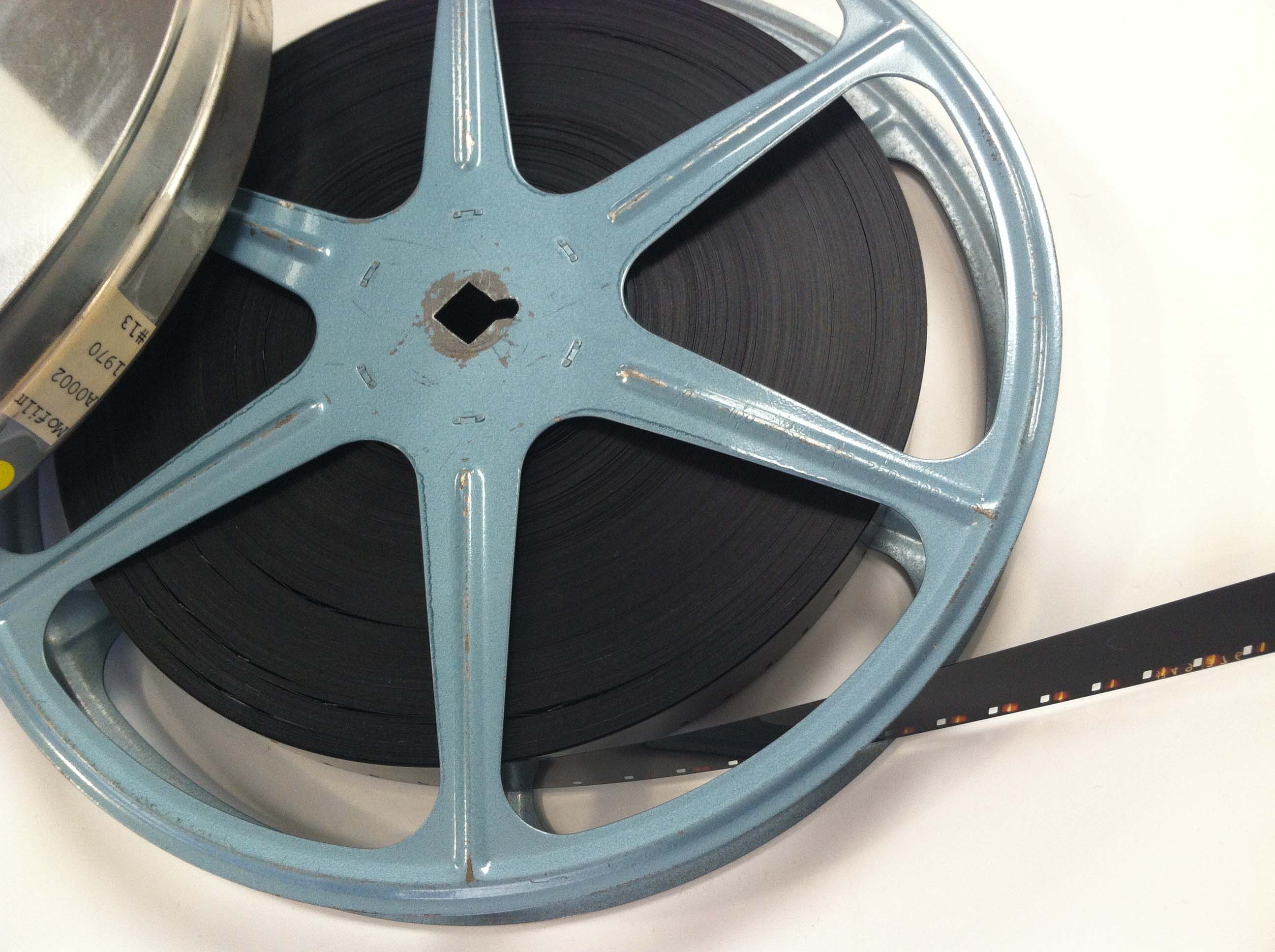 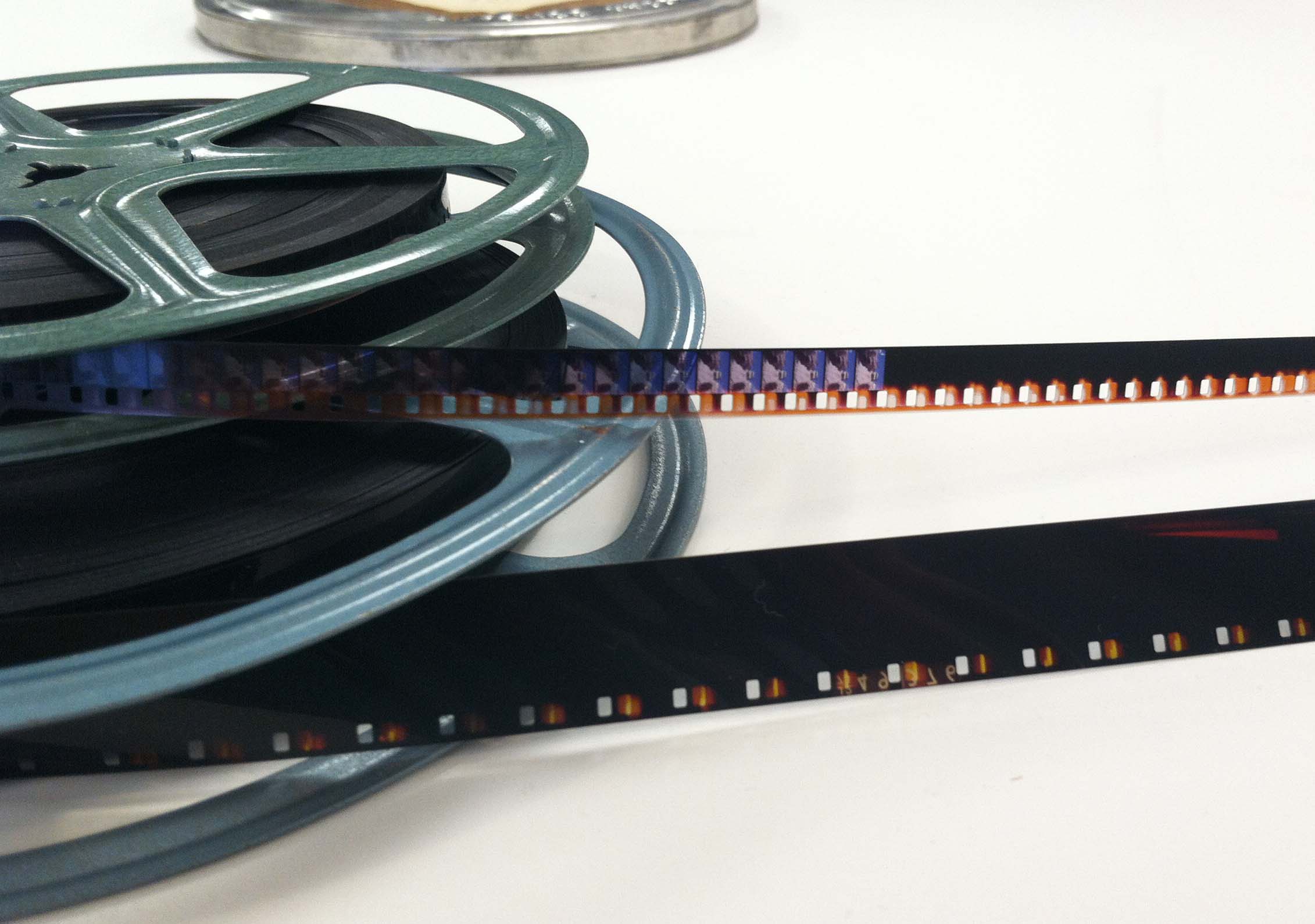 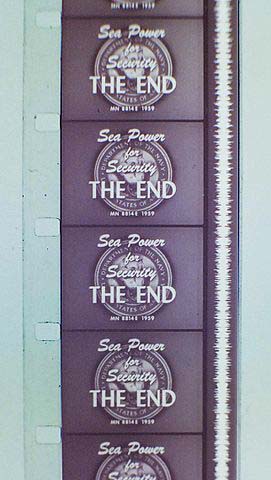 This image is part of the public domain. For more information, follow this link.