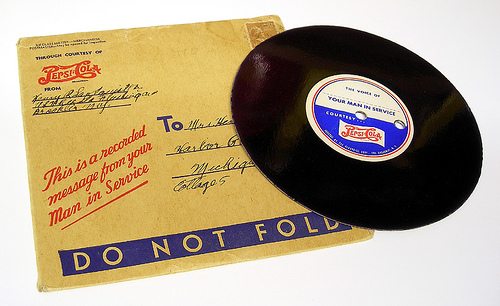 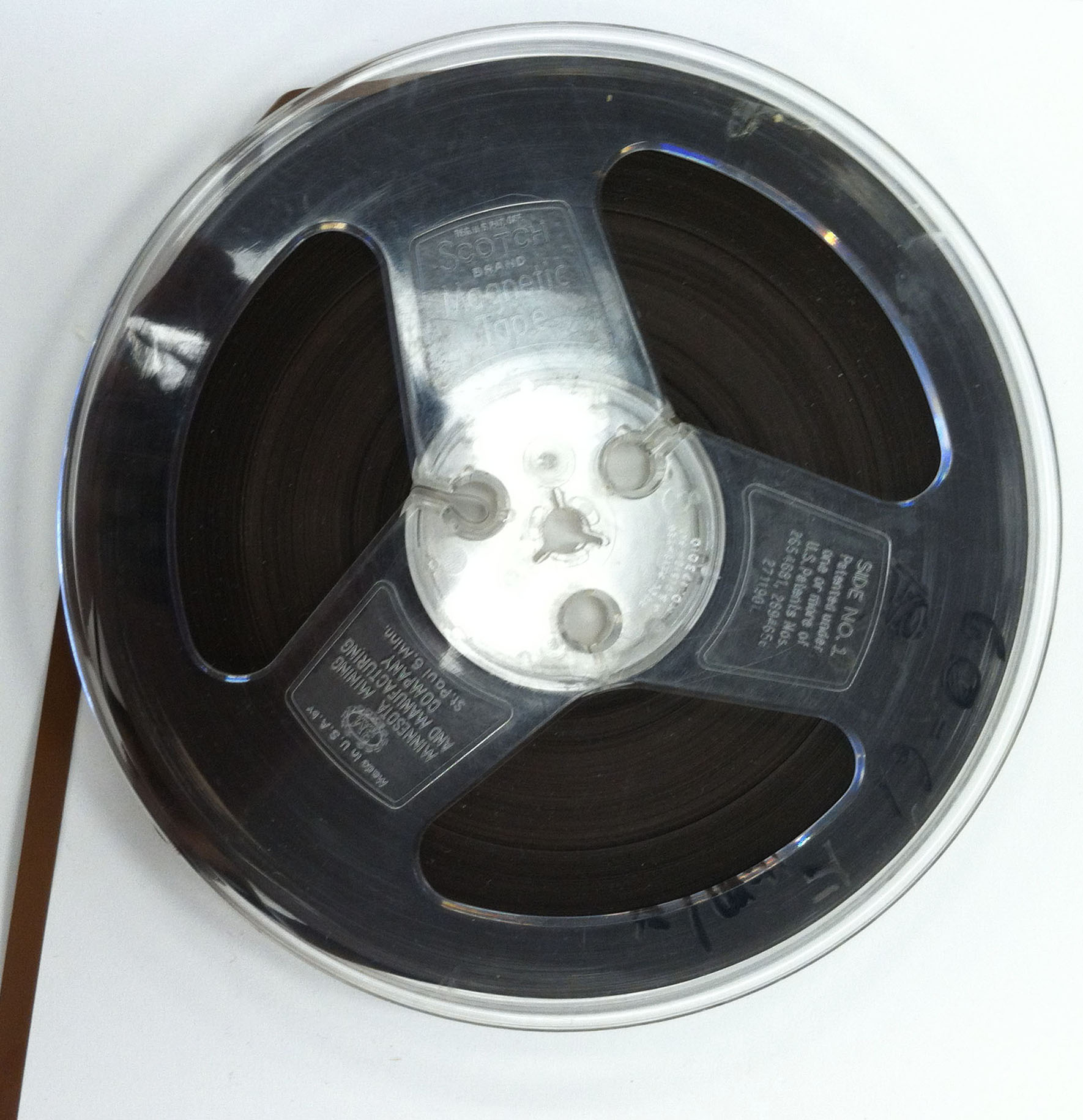 Reel to reel audiotape is a simple magnetic medium used for commercial and consumer recording.  Tape can be recorded at a wide variety of speeds  and on both sides of the tape.  The slower the tape is recorded at the more information will fit on the tape, but the lower the quality will be.  Tapes recorded at fast speeds like 15 ips can be of outstanding quality, while those at 1 7/8 ips can be very mushy. 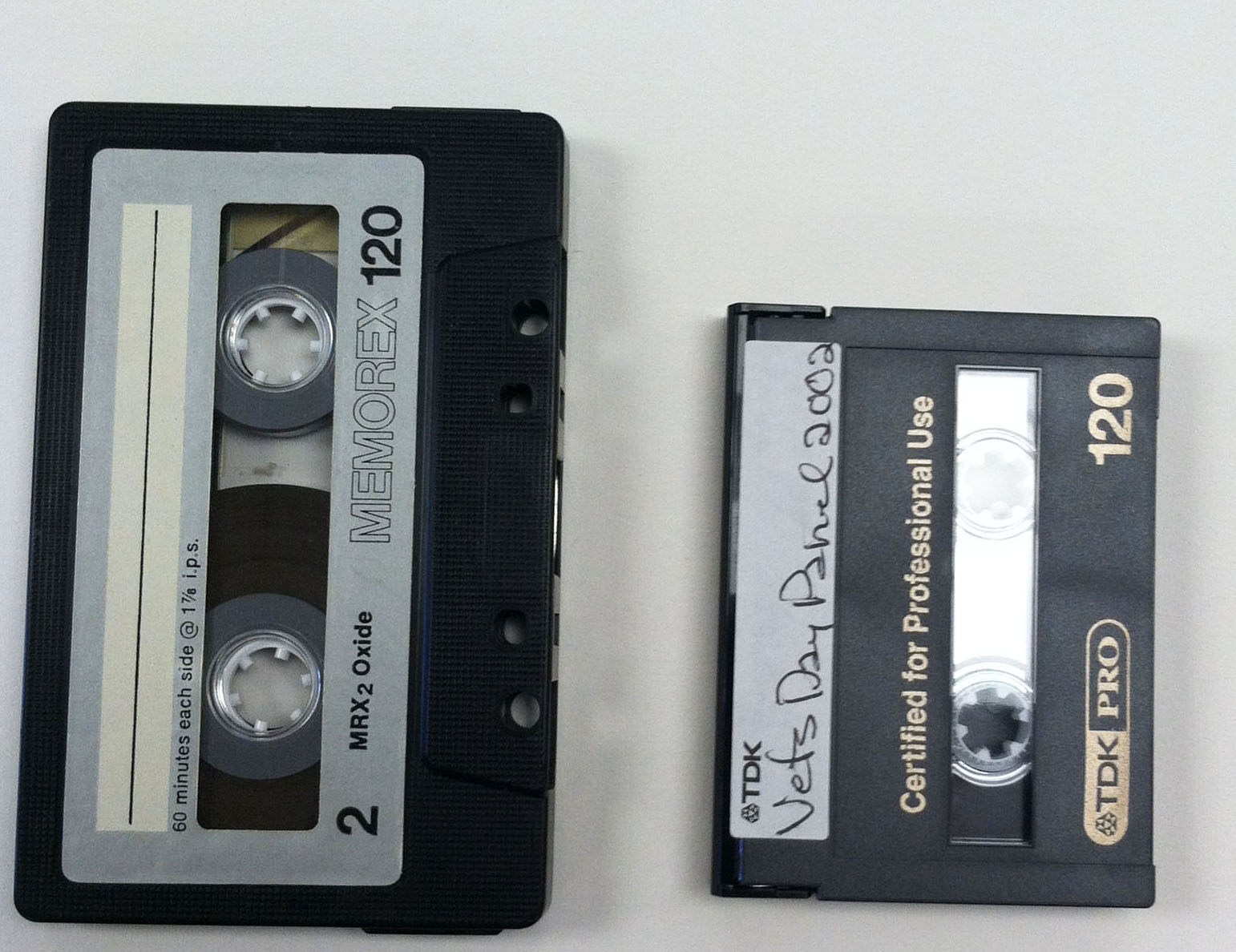 A DAT tape (on right) shown next to an audiocassette tape for size. Digital Audiotapes were mostly used for broadcast level production, and were also capable of storing computer data. 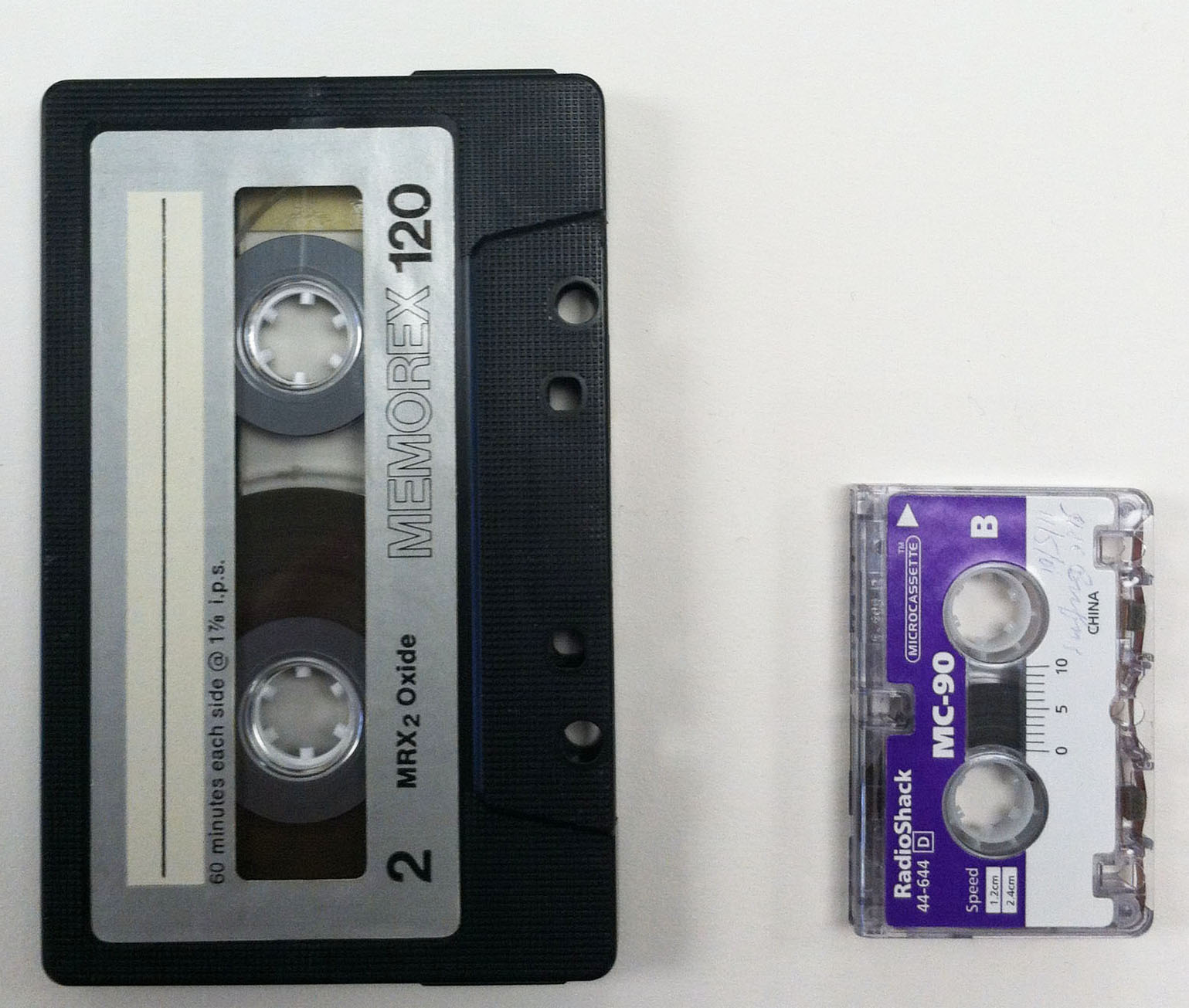 Microcassettes (right, shown next to an audiocassette tape for size) are basically the same technology as audiocassettes, but generally recorded at an even lower quality to fit more information on a small tape.  It was designed to be very portable and was generally used for interviews, etc.

Basically the same technology as reel-to-reel audiotape, but placed in a cassette and generally recorded at a lower, consumer grade quality than reel-to-reel was capable of.  Designed to be portable and easy to used.  Used in commerical and consumer markets. 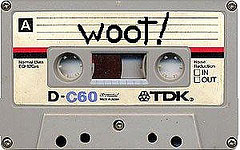 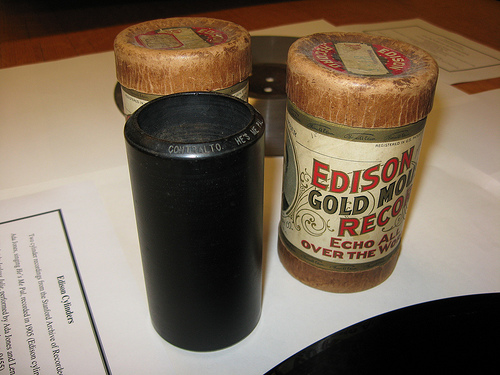 High capacity recording system used during and after WWII, generally for military purposes or radio transcription.  Since the wire is very thin, about the size of a thread, a large amount of information could be fit into a small space even though the wire played at 24 ips. The reel is quite heavy relative to its apparent size. 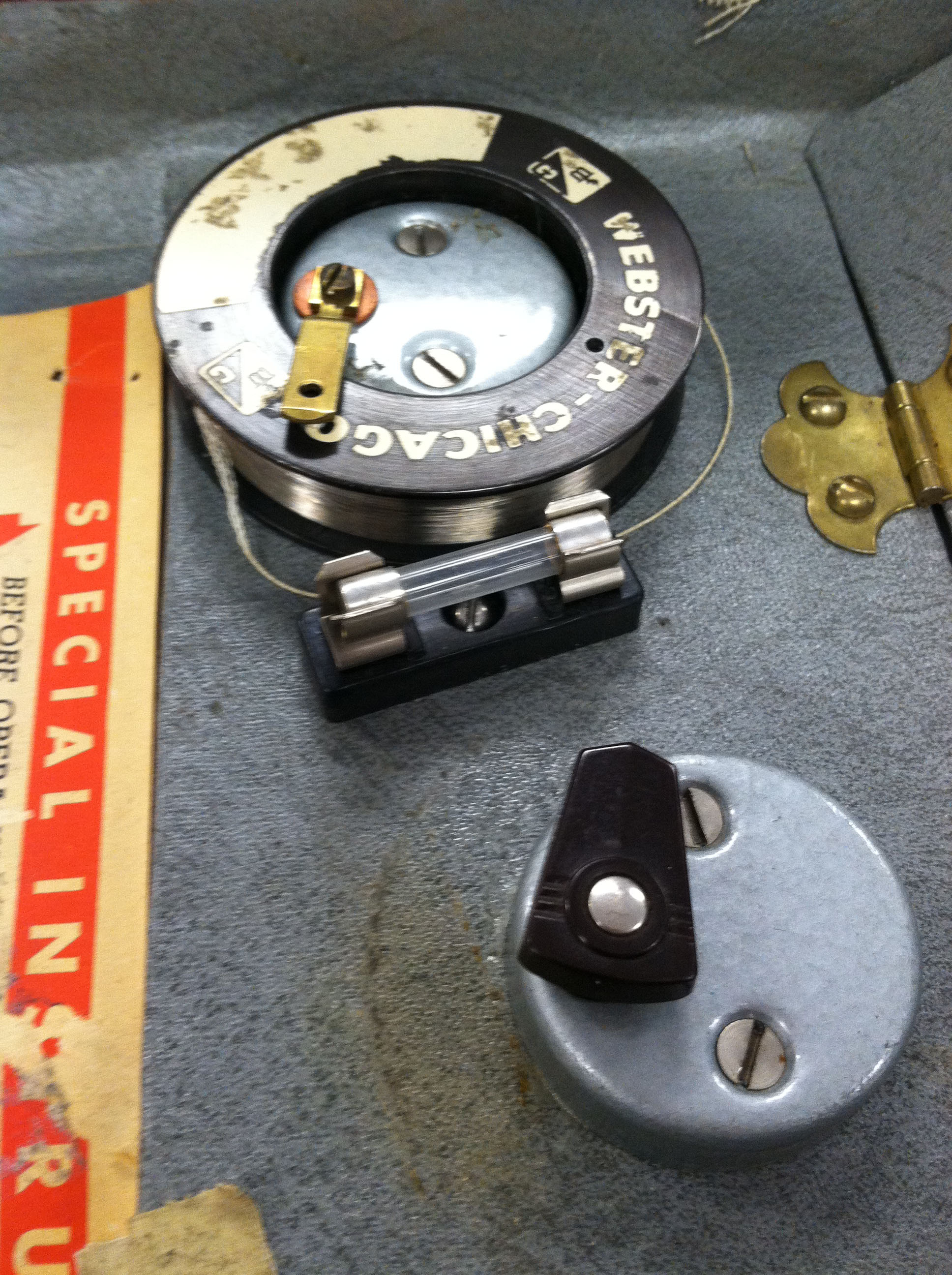 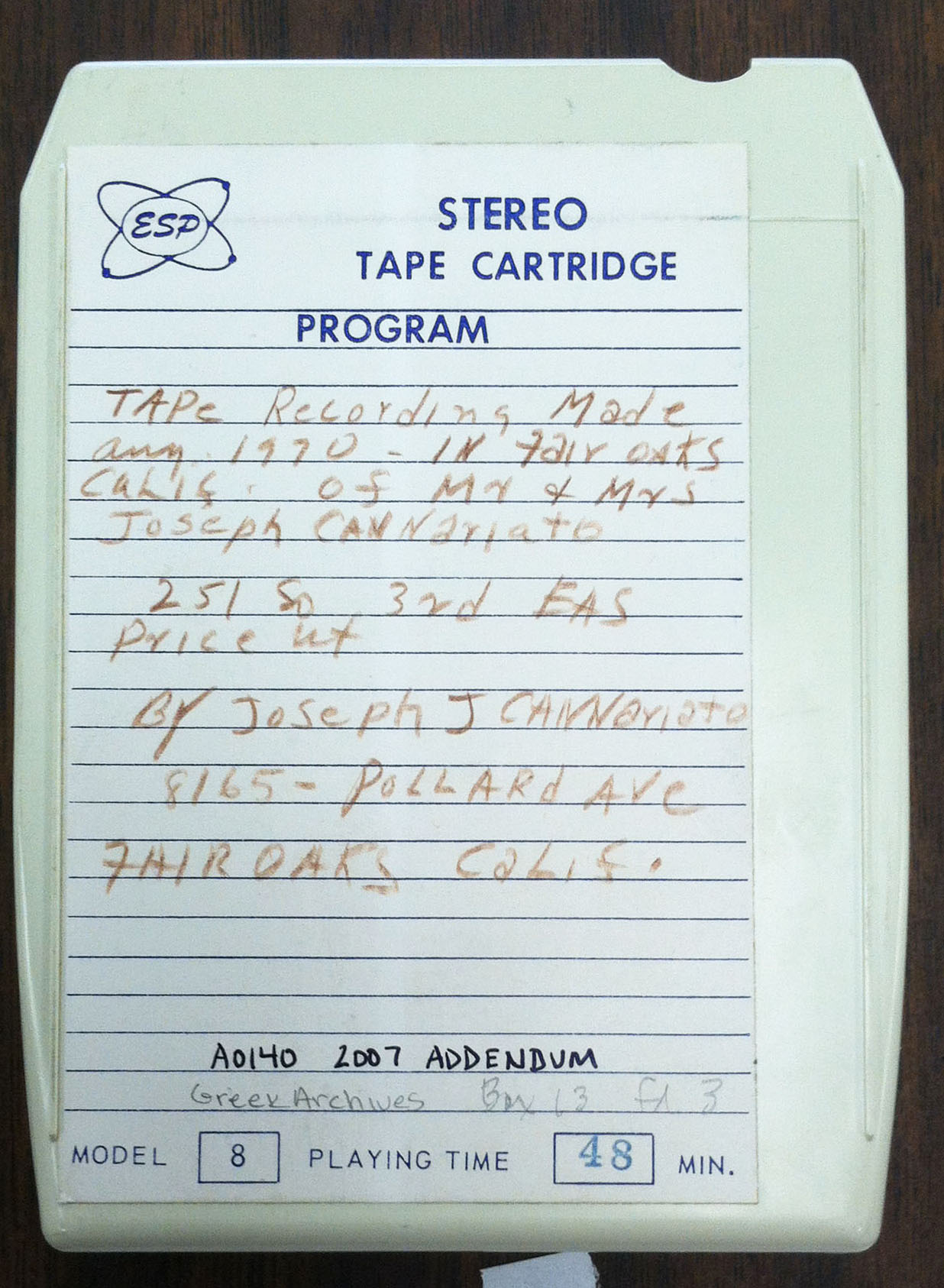